Call of Duty: Mobile, a game created by Tencent published by Activision for the global market, and Garena in the Southeast Asian market.

The name Call of Duty (CoD) is certainly no stranger to shooter game fans. This franchise is legendary in the realm of consoles and PCs. Unfortunately, the fame slowly dimmed as the appearance of battle royale games like PUBG.

Seeing the success of PUBG with its mobile version, it's not surprising that publishers like Activision and Garena are interested in doing the same thing. However, is everything offered in Call of Duty: Mobile able to compete with its fellow battle royale competitors who have already been popular in the country?

Call of Duty Mobile is a game that is very well known among consoles and PCs and now released into the world of Mobile. CODM (Call of Duty Mobile ) has many modes such as (BR) battle royale, Multyplayer, Zombie Mode, Ranked Mode, Sniper Mode, One Shoot Mode, Melee Mode, (TDM) Team death match, Bomb Mission, Frontline, Eliminated, Gun Games and many more events in this game where CODM (Call of duty mobile) has specifications that are not very heavy which can be played with a minimum specification

Call of Duty Mobile, Don't be mistaken in thinking this game relies on battle royale. In fact, Deathmatch mode is precisely the main feature of this game.

Yep, when you first play, you will be presented with a Multiplayer mode called Frontline. This mode is more or less the same as the main modes of other shooter games such as Counter-Strike: Global Offensive (CS: GO)

You will play five versus five and are required to kill as many enemies as possible. Your team will win if you reach the kill 50 first. If you die, you will respawn at headquarters.

Not only Frontline, there are still various Deathmatch modes that you can play. There is the same Deathmatch Team with Frontline, but with random respawn. In addition, there are tactical modes like Destroy that are the same as bombing modes on CS: GO

Meanwhile, you can only enjoy battle battle mode when your account reaches level 8. This also clearly shows that battle royale is not the mainstay of Call of Duty: Mobile.

The battle royale mode is very cool in terms of graphics and sophisticated weapons and war tools available in this game. this game is friendly among all android specifications and has updated types of weapons along with the current era such as modern war weapons and electro tools and other sophisticated tools that exist in the present. so this battle royale is like Real and doesn't disappoint

New features like Scorestreaks play a role in making the game more attractive. In this feature, you can use "additional weapons" such as UAVs, Drones, to air missiles if you succeed in killing enemies in a row.In addition, there are also Skill Operators. With this feature, you can use heavy weapons such as a flamethrower or gatling gun if you manage to get a lot of kill scores.

Scorestreak is very useful in this multyplayer battle, one that makes CODM superior to other games. CODM has sophisticated weapons,modern weapons and its own advantages in adding weapon skins and other items that are very amazing and sophisticated and make the player more excited and more surprised for the future as to what the continuation of the update.

Many more additional skills Perks such as when walking foot sounds will be reduced, blood recovery faster, run faster and much more can all be obtained fairly all players can get it when it reaches the specified level

Overall, this kill mode is quite successful in reviving the euphoria of Team Deathmatch. The excitement that is presented and the objective to be the best makes it feel like a magnet that continues to attract us to play it.

However, there are a few notes from this mode. Even though at first it feels addictive, the potential for saturation will be felt even longer if you continue to play this mode non-stop. Moreover, the tempo of Deathmatch game feels very fast compared to battle royale.Indeed, for now Tencent successfully outsmarted reps with rewards and upgrades that you will get as the account level increases. However, if the update is stagnant, it's no wonder that in the end the mode is slowly abandoned by the players.

Season has different types of prizes or Reward in weapons and other items and skins. royale pass season purchases vary, because every time there are discounts and events that make it cheap and make it easier for players to buy items and royale passes

CODM provides weapon upgrades in all modes except battle royale mode. Weapon upgrades have certain variations when level 8 gets additional items and also up to level max gets more rare additional equipment like suppressor, silencer, scope,Laser,Stock, fast reload,+Damage, +magazine and others

The presence of Call of Duty: Mobile is arguably a breath of fresh air amid the battle royale trend that is still warm. Although it can't be called an innovation, what Tencent has to offer in his new game is more than enough to tempt PUBG Mobile fans to switch to another heart.

let's try and play CODM games and feel the modern weapons and other sophisticated tools like drones, online UAVs and more

This Game is Available on Playstroe & AppStore 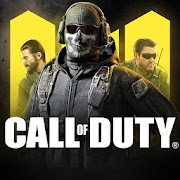